Seven Big Brands Getting It Brilliantly Right on Twitter

If you’re new to Twitter, you’re probably anxious about getting it right.

Twitter’s a pretty friendly, laid-back place ... but one where a single ill-judged tweet has the potential to go viral (in the worst possible way). Of course, you’re very unlikely to get it that wrong – and if you’re worried, check out our “lessons learned” from these seven companies who did – but unless you do Twitter well, it can be tough to get much traction and attention.

We’ve rounded up seven great companies getting it brilliantly right on Twitter, with examples from each one and our tips for you.

#1: Urban Outfitters: being an early adopter gets attention

At the start of 2013, Urban Outfitter was one of the first brands onto Vine, Twitter’s six-second video service (within 24 hours of its launch, they’d created two Vines). They got a lot of attention as a result – being featured on Mashable, for instance. 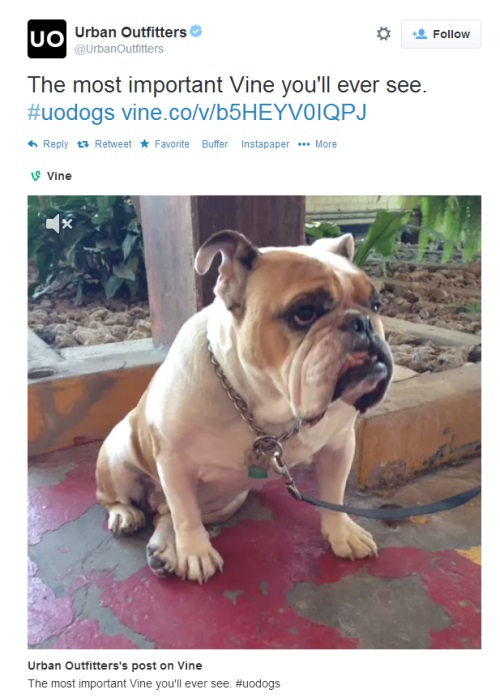 In this weird and wonderful conversation, several big brands got involved – boosting the profile and reputation of them all. The conversation got featured on many popular sites (such as BuzzFeed), hugely amplifying these brands’ reach beyond their own followers who’d happened to be online at the time.

It all started as a chatty conversation between @TescoMobile and one of their (proud) users – but quickly, the brands involved also included @YorkshireTea, @RealJaffaCakes, @CadburyUK, and @PhileasFogg. 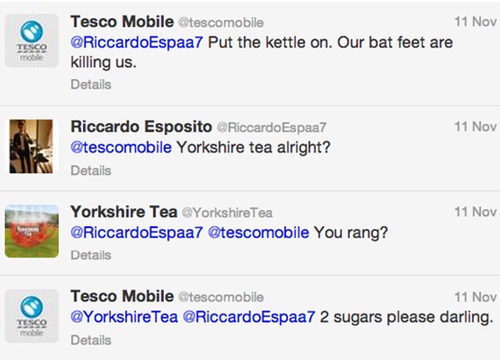 You can read the whole thing here.

We featured Oreo last year in our post 6 Awesome Social Media Wins ... And What You Can Learn From Them. As a brand, they’re consistently doing social media well, and creating some great content not just with preplanning but on the spur of the moment.

Here’s their tweet from the 2013 Super Bowl, when the power went out in the Superdome for 34 minutes: 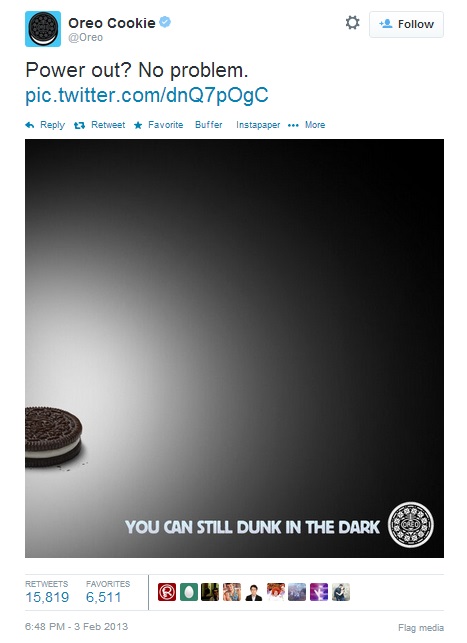 This is an example of a slightly riskier tweet ... but one which paid off. Argos were contacted by a rather disgruntled customer who wrote: 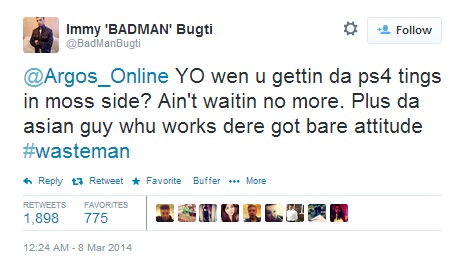 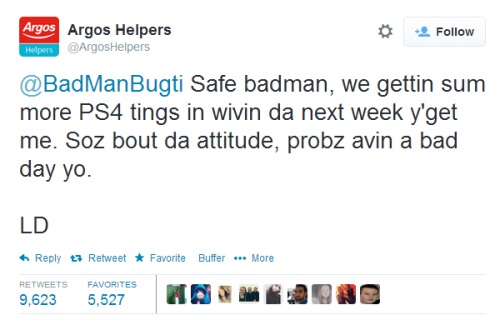 While there’s a risk this could’ve been seen as patronising or mocking by the customer, the social media team clearly hit the right tone. Immy “Badman” Bugti wrote back approvingly: “respect. Sick guy” – and the conversation was picked up by mainstream media, like Metro and the DailyMail.

#5: Taco Bell and Old Spice: interacting with other brands

Both Taco Bell and Old Spice have great followings on Twitter and a reputation for being funny ... so it’s no surprise that they’ve interacted with one another on Twitter. Taco Bell started the “fight”: 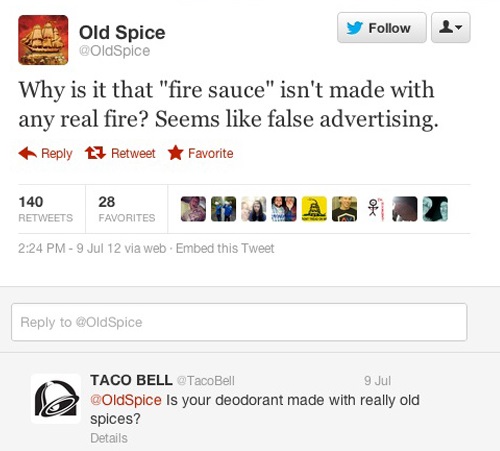 #6: Sainsbury’s: responding to a customer complaint

Comedian October Jones had a rather sub-par chicken sandwich from Sainsbury’s and wrote a tongue-in-cheek complaint on Twitter. They responded: 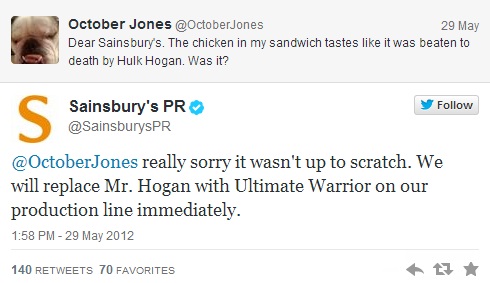 When you’re managing a social media account, a particularly tough situation is when a customer gets angry and abusive. You know you absolutely mustn’t respond in kind – but ignoring the tweet isn’t always an option either.

Here’s how O2 handled this situation: 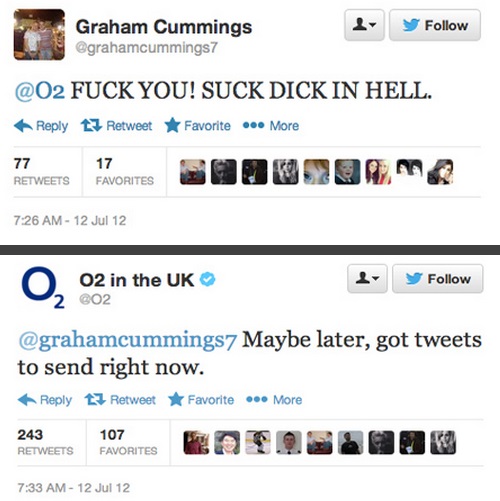 Did any of these examples inspire you? Or do you have another great example of brands getting it right on social media? Drop a comment below to tell us.