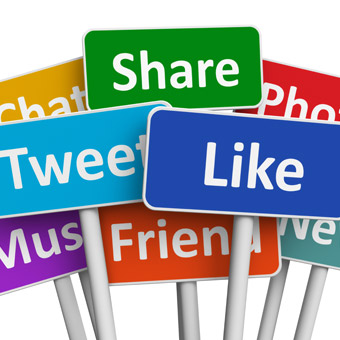 Wouldn’t it be great if social networks would show exactly the information you wanted alongside links to your posts?

“Social markup” is a way to tell Facebook, Twitter, Google+ and other sites what information about a page / post on your site they should show when someone shares it.

So why does it matter?

Because it gives you much greater visibility on these sites (with very little additional work).

And, as Graeme Benge points out:

Unless you are particularly pessimistic, you should assume that anything you publish online is going to be shared at some point. So with that in mind surely you want to exploit any avenue that allows you some measure of control. 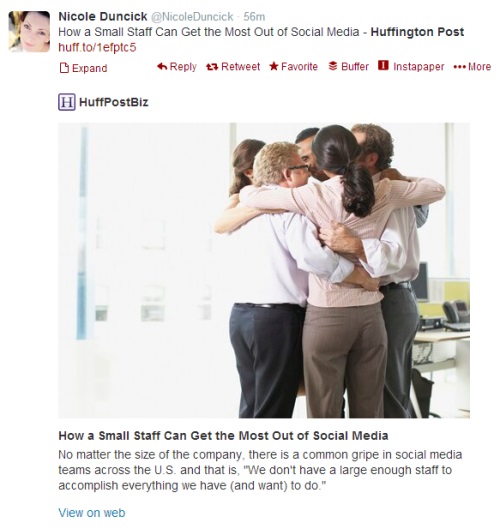 The large image, the title and the summary of the post all appear because of the social markup being used – along with the “view on web” link. This makes the tweet far more visible in a busy stream of content, when compared with ones limited to 160 characters.

In this post, we’ll take a look at three key protocols:

WordPress SEO by Yoast supports Facebook Open Graph and Twitter Cards, as well as letting you set up a Google+ author and publisher. (You can find a great guide to the social settings of the WordPress SEO plugin here.) In each case, we’ll also be recommending specific separate plugins, and linking you to the official documentation.

Facebook Open Graph: the best place to get started

The best place to begin is with Facebook Open Graph: other networks, including Google+ and Twitter can make use of this too, at least to some extent.

After implementing Open Graph tags, I was able to increase my Facebook traffic by 174%, simply because now there was an image next to my Quick Sprout status updates.

(Usually, Facebook will pull through an image by default – but it doesn’t always happen.)

Here are some of the elements you can control using Open Graph: 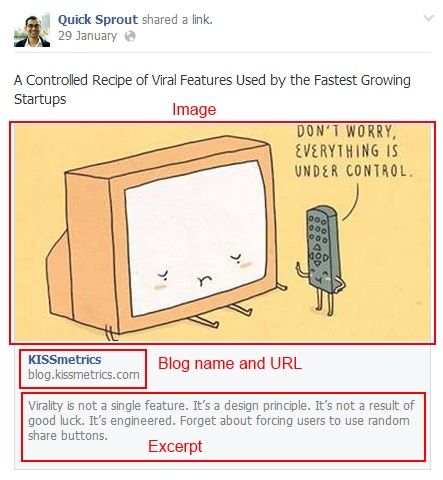 If you’re not using WordPress, this post from David Walsh has a great explanation of the Open Graph meta tags: Facebook Open Graph META Tags. 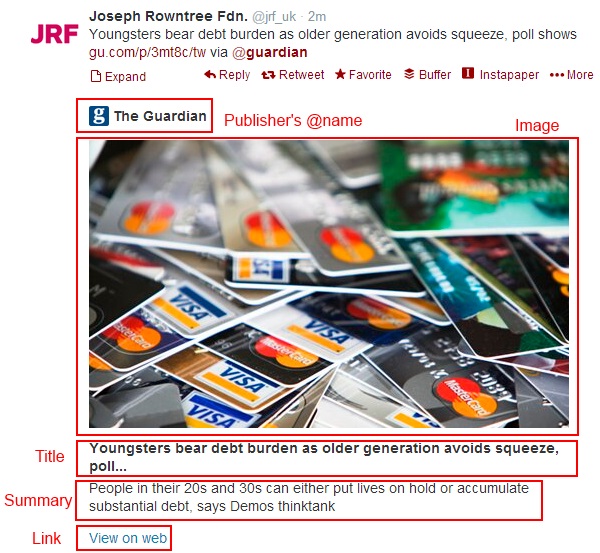 Twitter has pages of documentation for developers who want to use Twitter cards. It’s worth keeping in mind that while Twitter can pull some information from Open Graph, you’ll need to enter other details (like the @name of the author and of the publishing site) separately.

WordPress plugin: All In One Schema.org Rich Snippets

Not all Google search results are created equal, and I am not talking about rankings here. I am talking about the little details that make some more attractive than others. (Ann Smarty)

The parts indicated in red are shown because the sites are using structured data. As you can see, there are a number of options you can display in this way – but you can’t show everything!

If you want to learn more about social markup, here are three great posts to take you further:

Go further with SEO in our day-long, small-group course that digs deep into what it takes to conquer Google.

Book online or contact us to discuss your requirements and whether the SEO Intermediate course is right for you. We have lots of happy clients because we really know our stuff….