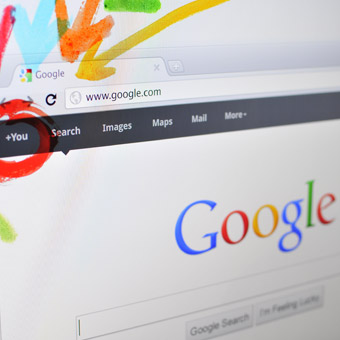 Unless you’ve been on a media blackout for the past year, you’ll have heard about Hummingbird – a complete rewrite of Google’s main algorithm.

Hummingbird is Google’s whole search engine and includes smaller pieces like PageRank, Panda and Penguin which are sub-algorithms. The underlying framework has become more powerful, meaning it can better support these parts.

Perhaps more importantly, Google will develop new enhancements to Hummingbird in the coming months (and years) to provide a much improved experience to its users.

If you’ve been following Hummingbird, you’ll know Google has been busy tinkering with the relevancy part of its algorithm by understanding the searcher’s underlying intent much better. But Google has been much quieter in sharing its plans about improving the reputation part – which is still largely based around PageRank, and the quality of backlinks your sites attracts.

My guess is that Google has been scratching its head, asking how it can make the reputation part even better with its shiny new algorithm. The answer could well be to use more reliable reputation signals from many different sources.

And this is where Google+ comes in. Let’s have a look at how:

Five reasons why Google wants your business to use Google+ 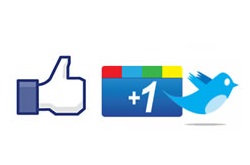 Tweets, Facebook likes, and Google+ “+1s” are all used in a similar way to backlinks in PageRank.

They’re a clear form of social proof that shows your page is reputable.

These social signals also give more diversity to Google’s ranking of sites. With backlinks, you have to run a website to link out and support a webpage that you like – but anyone with a social media account can like, tweet, or +1 a page.

Social signals are definitely still a work in progress. There are a few problems that Google faces:

Google+ claims to be the second-biggest social network (Facebook is the biggest), based on the number of active users. However, many social media experts believe these “active” users may not be using Google+ in a social way (as they would use Facebook and Twitter).

While Google Plus may have over half a billion users, that doesn’t mean half a billion people actually use it. A large portion of its users only use it as a convenient way to log into Google’s other services.

#2: Google wants you to use Authorship

Google Authorship – marking yourself as author of a piece of content, by linking to your Google+ profile – is already a great way to boost your visibility in search engine results:

(Note how Ali’s face, name, and number of circles appear along with the usual title, link and description of the post.)

It’s thought that Google will use Authorship for a new “Author Rank” algorithm in the future.

Author Rank, of course, wouldn’t be a replacement for PageRank, but would be used to inform PageRank, therefore enabling Google to rank high-quality content more appropriately. … People want to read content written by credible and knowledgeable people and using Author Rank as a major part of their search algorithm just makes sense.

As with social signals, Author Rank would be a way for Google to draw data from a more diverse range of sources, rather than simply relying on backlinks.

There’s no evidence that Google are currently putting this into practice (the author of a piece of content appears to have no bearing on the content’s position in a search) but once Google+ has a larger userbase, it’s almost certain it will be integrated into Hummingbird.

The importance of personalisation is often overlooked by SEOs – but it’s a crucial factor. Google wants to serve up results that each individual user will find as useful as possible, which means changing what comes top (and second, third, etc) based on what Google knows about the person.

A basic example is that two users searching for the same keyword in two different locations will see a different set of results.

Personalisation goes much further, though. For instance, if you’re logged into Google+, content by anyone you have in your circles will appear higher up your search results.

The most straightforward way Google+ impacts search results is with personalization. For example, if someone is following you on Google+, the chances that they will see your posts in Google’s search results go way up. To illustrate, let’s look at an example: 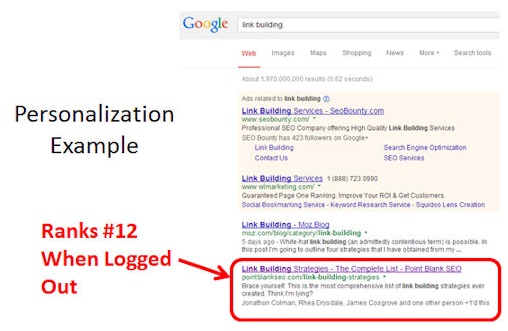 The highlighted listing shown ranks in position 2 in the organic search results, but ranks only in position 12 when I do an incognito search. This is a big impact! The reason for the change in the personalized results is that four people I follow on Google+ have +1’ed the content.

As Google+ grows, this alone will surely make Google way more useful – as you can get recommendations from your peers and friends as what you’re likely to find relevant.

Google doesn’t boost your content’s visibility for your sake, but to help its users and to encourage them to keep using Google.

By displaying your Google+ profile image alongside your content, Google produces more interesting search results for users. Adding your name is also helpful (especially in the context of #3 – people are much more likely to read an article by someone they already know and trust).

The number of Google+ circles you’re in will usually also appear in Authorship marked-up content: this is a social signal (see #1) that helps people unfamiliar with your name to decide whether or not you’re worth listening to.

Authorship is currently only being used by a relatively small number of content creators, and Google would clearly like to see it being implemented more widely.

Google Authorship has a big brother in form of Publisher, which is for brands who are active on Google+ and who regularly create content. See Moz’s below:

If you’re a brand, have you set up Publisher authorship yet? If not, try today − it’s just a few technical additions, although it currently seems a little hit-and-miss as to which sites Google uses (the bigger ones are often favoured).

Facebook is well ahead of Google+ and all the other networks – and some people would argue that Twitter has a more socially active userbase.

As you’re probably starting to see, the success of Google+ comes down to how widely it’s used. It’s no secret that Google+ would like a bigger share of the market – and there’s no doubt that they’ll continue to find ways to encourage businesses to use it.

So expect Google to look for further ways to makes Google+ more attractive for both casual social users and businesses alike.

It’s tricky to say whether this it’s the right time to catch the Google+ wave but it’s certainly gaining momentum and with Hummingbird released into the wild, Google+ may become an essential part of your strategy sooner than you think.