Giving away some of your best content might well be the best thing you ever do for your business.

Guest posting – for the uninitiated – simply means writing a post for someone else’s blog. It’s something we cover in our blogging intermediate, SEO intermediate and content marketing courses, because we think it’s a really core strategy for any business looking to market themselves online.

If you need proof of that, here it is: seven A-List bloggers who’ve used guest posting to help build a great name for themselves, reach a huge audience, and grow their businesses from scratch.

All of these bloggers are ones that Joe and I have admired for years. They’re widely respected in the blogging world, they have great blogs, and they’ve got large, loyal audiences.

Before we get started, it’s only fair of us to admit a tough truth: more and more bloggers have recognised the value of guest posting, and it’s no longer so easy to get attention that way.

Of course, that doesn’t mean that guest posting isn’t valuable. Far from it. But it does mean that the fast success that Leo and Glen in particular saw is harder to replicate today.

I’ve been a guest posting maniac, as faithful readers already know. I post once a week on Lifehack.org (in fact, I have one on how to write a kick-ass speech out today), and have posted in more than half a dozen other blogs in the last month.

Leo’s top of our list because he’s pretty much the poster child for guest posting. When I started getting into the blogging world in 2007, Leo was starting an astronomic rise. After just three months, he already had 4,700 subscribers – far more than many blogs achieve in three years.

By writing a ton of guest posts, Leo got his blog Zen Habits firmly on the map. He now has over a million readers and is one of the best known names in the blogging world.

You need quantity and quality. Leo’s journalism background gave him a head start here – but if you’re going to make a real splash with guest posting, you need to have a lot of great posts going up in a fairly short time-span. That probably means planning ahead and scheduling your posts carefully.

If you write good content for other sites, you’ll have your posts approved and you’ll receive the benefits that guest posting has to offer. If, however, you put in minimal effort and product sub-par content, then you will have done nothing but waste your time.

A smart, driven young man, Glen used the power of guest posting to get highly beneficial links – and of course lots of traffic – from some of the most influential blogs in the personal development niche.

Links are gold. As well as bringing in direct traffic, guest posts help you build links that Google loves – and that will see your search engine traffic rocket. 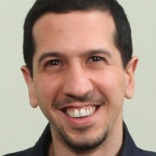 The value of guest posts increases exponentially with the number of posts that you write. In other words, two guest posts is worth a lot more than just two individual posts, three are worth a LOT more than two, and so forth.

– Danny Iny, How to Get Traffic to Your Blog (How I Became the Freddy Krueger of Blogging)

Unlike Leo and Glen, who only publish their own posts on their blogs, Danny’s Firepole Marketing blog runs a lot of guest posts. These are always in-depth, extremely well written, and packed with great content. (If you follow us on Twitter, you might notice that we tweet a lot of Firepole Marketing posts – very often, guest pieces.)

Guest posts help the host blog too. Unless your business is very strongly based on your personal brand, invite high-quality bloggers to help you maintain a steady stream of compelling posts.

In launch week, I appeared on 32 other blogs doing text articles, video and audio interviews as well as people posting reviews or Q&A with me.

Joanna – who we interviewed a few weeks ago – is a fiction and non-fiction author. She’s had huge success as an indie (self-publishing) author, due to her large audience and her ability to reach out beyond them. Like Danny, she publishes guest posts on her blog.

During new book launches, Joanna publishes guest posts on a bunch of writing and publishing related blogs to help publicise her book beyond her existing audience. (You’ll see other authors doing this too: K.M. Weiland, who we also interviewed, went on a guest posting spree recently for her new book Structuring Your Novel.)

Even if you don’t guest post on a regular basis, it’s worth doing for a special campaign – especially if you have a low-priced or free product, and one that you can easily tie your post topic into.

The work I loved the most had to be shared – and it wouldn’t be shared enough here at our blog. It hurt, but I gave some very good content away in our early days. I still do.

Back when I was getting into blogging, James was guest posting frequently on Copyblogger, which has a huge audience that matches up well with James’s (people writing online for business purposes). I found James through those Copyblogger posts – and I know that thousands of other readers probably did too.

James even chose to break the news that she’s a woman, writing under a male pseudonym on Copyblogger in a post that rattled the blogging world at the end of 2009, Why James Chartrand Wears Women’s Underpants.

Consider guest posting regularly (perhaps monthly or twice-monthly) on a large blog in your niche: this doesn’t just bring in readers but also gives your credibility a massive boost. 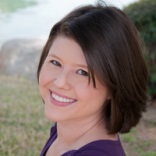 Guest blogging can help you build your authority in a niche or industry. Establishing yourself or your business as a recognized thought leader can lead to more subscribers, more speaking engagements, more consulting clients, more paying customers, more downloads, and more overall conversions.

Kristi is a prolific guest poster, writing for blogs like Social Media Examiner, Kiss Metrics, ProBlogger, The Daily Egg and many more.

Like Danny, Joanna, and James, Kristi took guest posts on her own blog for a time. Unlike them, she’s now stopped, and explained the results of this in What Happened After I Closed Guest Post Submissions. (If you want to know why she stopped taking guest posts, that’s here.)

Taking guest posts doesn’t necessarily mean less work for you. It’s certainly worth considering, especially as your blog grows, but make sure you’ve got the resources to vet and edit every guest post to a high standard. 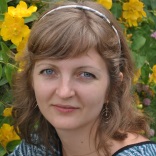 No matter how much I believe in guest blogging for link building, I always advise against guest posting for links alone. There are other more powerful benefits like networking, branding and building influence.

Ann built her name and promoted her various startups through guest posting, and offers guest blogging consulting and services to clients. Coming from an SEO perspective, she views guest posting as a great link building technique – but also as a great way to build relationships.

She’s also the founder of MyBlogGuest, a community of thousands of guest bloggers and blog owners, matching up people who want to write with people who want content. Like Kristi, Ann has become a guest posting expert (as well as someone with a thriving business, of course)! 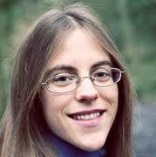 You don’t need to have a blog of your own to guest post – though most guest posters do. And you don’t need to already have a relationship with the owner/editor of your target host blog. All you need is a strong idea, and the ability to do justice to that idea in writing.

– Ali Luke, Why Every Writer Should Be Guest Posting

While I’m not in the same league as these top bloggers, I’ve still seen huge benefits from guest posting.

As well as allowing me to build up a steady and loyal blog audience, guest posting has been a great way for me to sell more of my products, build relationships, and get some fantastic writing credits. In my very early days of blogging, I didn’t actually have an active blog of my own at all – I promoted my ebooks and my writing services by writing for other people.

Guest posting landed me my very first paid blogging jobs, and it’s helped me get to some of my biggest successes, like my book Publishing E-Books for Dummies, and my role as co-editor of DailyBlogTips. It’s no exaggeration to say that, without it, my business probably would have failed.

If you have yet to write your first guest post, get started this week by finding a great blog in your industry to write for. (If you’re stuck or need a hand, pop a comment below and we’ll be very glad to help.)

For more help on guest posting, book a place on our blogging intermediate or content marketing course (or both, if you like – there’s a 10% discount if you book two courses at once). Both courses are in small groups with lots of opportunities to ask questions and get help. We take a practical, hands-on approach so that you end the day having already made progress.